Happy Halloween! Here in Ohio, we enjoy all things spooky. Did you know that Ohio is the state with the most annual haunted house attractions, with 111 in total? It seems that we love being scared, and that goes for our literature as well. If you’re looking for a good book to scare you on Halloween night, look no further. Below is a list of Ohio authors that specialize in stories about the dark and creepy to satisfy your need for thrills and scares.

Few scary series are more iconic (or more chilling) than R. L. Stine’s Goosebumps. With over 230 books geared at grades 3-7, the Goosebumps series has something to scare everyone. Stine explores tales about everything from ghosts and werewolves to swamp monsters and mummies, and the books have even been adapted into a movie series.

Watch below to see R. L. Stine himself discussing the legacy of Goosebumps.

Harlan Ellison was a master of sci-fi and speculative fiction, sometimes crossing into horror as well. He is the author of more than 1,700 stories, film and TV scripts, and our library specialist recommends that you start with the short story “I Have No Mouth but I Must Scream”. 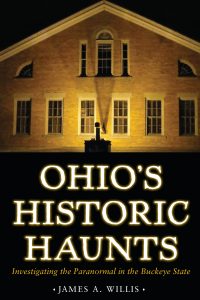 If you’re looking for strange and spooky stories based on Ohio fact, James Willis probably has a book for you! He is the author of The Big Book of Ohio Ghost Stories and Ohio’s Historic Haunts: Investigating the Paranormal in the Buckeye State, among others. History and the paranormal mingle in Willis’s work, and are sure to prove fascinating to anyone familiar with some of Ohio’s notorious haunts.

Since 1991, Chris Woodyard has been scaring residents of the Buckeye State with frightening stories that hit close to home. Make sure to explore her website, hauntedohiobooks.com, for tips on where to find ghosts in Ohio, how to write ghost stories of your own, and more.

Gary A. Braunbeck is a prolific author who writes mysteries, thrillers, science fiction, fantasy, horror, and mainstream literature. He is the author of 19 books and his fiction has received several awards, including the Bram Stoker Award for Superior Achievement in Short Fiction in 2003 for “Duty” and in 2005 for “We Now Pause for Station Identification”; his collection Destinations Unknown won a Stoker in 2006. His novella “Kiss of the Mudman” received the International Horror Guild Award for Long Fiction in 2005. 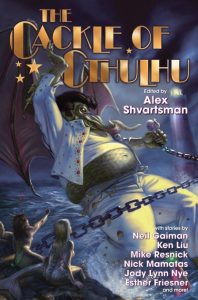 Lucy A. Snyder is a five-time Bram Stoker Award-winning author, which should clue you in that she knows her stuff when it comes to scary stories! She wrote the novels Spellbent, Shotgun Sorceress, and Switchblade Goddess, and the collections While the Black Stars Burn, Soft Apocalypses, Orchid Carousals, Sparks and Shadows and Chimeric Machines. Her writing has appeared in publications such as Apex Magazine, Nightmare Magazine, Pseudopod, Strange Horizons, Weird Tales, Scary Out There, Seize the Night, and Best Horror of the Year. 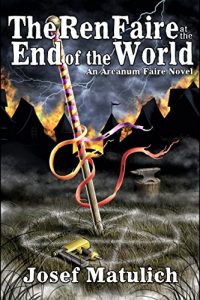 Shirley Jackson Award finalist Tim Waggoner has published over thirty novels and three short story collections of dark fiction. Most recently published is The Mouth of the Dark, the story of Jayce and his 20-year-old daughter, Emory, who is missing, lost in a dark, dangerous realm called Shadow that exists alongside our own reality. An enigmatic woman named Nicola guides Jayce through this bizarre world, and together they search for Emory, facing deadly dog-eaters, crazed killers, and — worst of all — a monstrous being known as the Harvest Man. But no matter what Shadow throws at him, Jayce won’t stop. He’ll do whatever it takes to find his daughter, even if it means becoming a worse monster than the things that are trying to stop him. 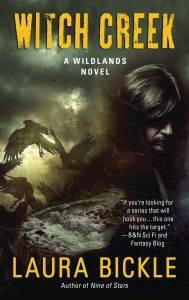 Laura Bickle specializes in dreaming up stories about the monsters under the stairs. She writes for adults and young adults, and her work has been included in the ALA’s Amelia Bloomer Project 2013 reading list and the State Library of Ohio’s Choose to Read Ohio reading list for 2015-2016.

These aren’t your typical horror stories! Josef Matulich is a master of both laughs and scares, combing humor with horror. Some of his titles include The Ren Faire at the End of the World and 44 Lies by 22 Liars.

Dayna Ingram writes science fiction horror for young adults. Of her latest book, Kirkus reviews writes, “”Ingram gives a nightmarish twist to the familiar YA formula of teenagers facing martyrdom by an oppressive society…. An absorbing and poignant YA dystopian fantasy with a convincing heroine.” 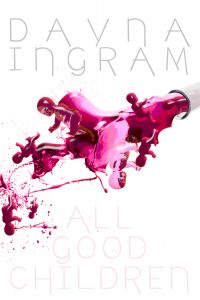 Are you an author who was born in Ohio or has lived in Ohio for five or more years? Have you published a book in the last year? Then fill out an application to attend the 2019 Ohioana Book Festival – and hurry, the deadline is coming up on November 15th!

The Ohioana Book Festival is an annual celebration of literature, featuring all authors with Ohio connections. Authors of all genres for all age levels are welcome, from picture books to nonfiction. The 2019 Festival happens to be a very special occasion, as we will be holding it for the first time at the main branch of the Columbus Metropolitan Library in Downtown Columbus. Our new space will allow us to be bigger and better than ever!

At the Festival, you’ll be able to sell your new book, as well as up to four older titles if you’d like to. You will be able to interact with readers, as well as other Ohio authors. In addition, you may be able to tap into your expertise by participating in a panel or children’s room program.

The 2019 Ohioana Book Festival is taking place on April 27th, 2019 from 10am-4:30pm. You can find out more about applying on our application page or if you think you’re ready to apply, go ahead and download and fill out the application here. We hope to see you at the Festival!

The Ohioana Book Awards are the second oldest, and among the most prestigious, state literary prizes in the nation. Nearly every notable Ohio writer of the past 77 years has been honored.

The first Ohioana Book Award, presented in 1942, was given in the category of nonfiction to James Reston’s Prelude to Victory.

Awards for juvenile literature and fiction were first presented in 1943, followed in 1944 by poetry and book about Ohio/an Ohioan, and in 2014, middle grade/young adult literature. To these juried awards, we added a Readers’ Choice Award in 2016, allowing readers to choose their favorite book from among the finalists selected by judges.

Additionally, at the Ohioana Award ceremony, we also present the Walter Rumsey Marvin Grant, which is awarded annually to a writer under the age of 30 who has not yet published a book. This year’s winner is Christopher Alexander Gellert. He joins the likes of Jeannie Vanasco, Ellis Avery, Anthony Doerr, Shari Goldhagen, Bernard Farai Matambo, Sarah Menkedick, and many more writers who have gone on to publish award-winning books.

Congratulations to all of our winners! For more information about them, see the Fall issue of the Ohioana Quarterly. To learn more about previous winners of the Ohioana Awards, click here, and to watch previous ceremonies click here.

Have you ever wanted to tell everyone about a book that you really, really like? Maybe the book hasn’t gotten enough attention. Maybe the book’s Ohio connection isn’t very well known and you’d like to fix that.

Now’s your chance to spread the word: become a reviewer for the Ohioana Quarterly and let the world know about great books!

The OQ has been around since 1958, and was created to promote Ohio authors and books. Today, the publication is found in homes and libraries across the state. Each issue has unique features and interviews, a list of books received, literary goings-on around the state, and reviews of new books received by the library.

We are always on the lookout for thoughtful reviews to support our authors, and we pay in love as well as in a book and a contributor’s copy.

Would you like to help? You can learn more about writing reviews here.

You’re also always welcome to write to the editor, who can be reached at editor@Ohioana.org.

Thank you, as ever, for your support!