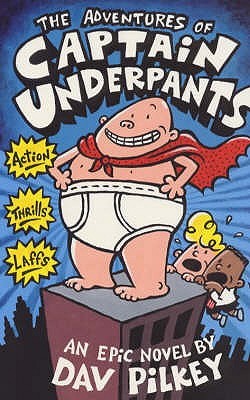 Pilkey was born and raised near Cleveland, Ohio. In elementary school he was diagnosed with ADHD and dyslexia; he first created the Captain Underpants character during “time outs” in the school hallway. Although Pilkey’s teachers throughout elementary and high school discouraged his drawing, one of his college professors saw his work and encouraged him to try writing children’s books. His first book was published in 1987.

Pilkey’s book The Paperboy was a Caldecott Honor book; The Adventures of Super Diaper Baby debuted at #1 on the New York Times bestseller list. He was recently selected to illustrate a picture book version of “One Today,” a poem written by Richard Blanco and read at President Obama’s 2013 inauguration.