It’s that time of year again! It’s to the pleasure of everyone at Ohioana to announce the 2018 Ohioana Awards. Every year, the Awards help Ohioana recognize an outstanding title in Fiction, Nonfiction, Poetry, About Ohio/Ohioan, Middle Grade/Young Adult Literature, Juvenile Literature. Readers are also invited to have their voices heard in voting for the Readers’ Choice Award. In addition, a young writer is chosen as the recipient of the annual Walter Rumsey Marvin Grant.

First given in 1942, the Ohioana Book Awards are the second oldest, and among the most prestigious, state literary prizes in the nation. Nearly every major writer from Ohio in the past 75 years has been honored, from James Thurber to Toni Morrison. The Ohioana Awards will be presented Thursday, October 18, in the Atrium of Ohio’s historic Statehouse in Columbus. Tickets for event, which are open to the public and include a pre-awards reception, will go on sale mid September. The 2018 Ohioana Award winners are as follows: 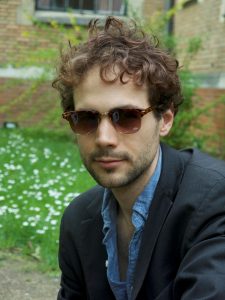 Announced alongside the book awards, Ohioana named Christopher Alexander Gellert as the 29th winner of the Walter Rumsey Marvin Grant, a competitive prize for Ohio writers age 30 or younger who have not yet published a book. Gellert recently completed his master’s in lettres modernes, pensée contemporaine at Paris Diderot. Since September 2016 he has been gathering testimonies of the influence of literature on readers in France, conversations they have over dinners he cooks in their homes. His verse has appeared in Belleville Park Pages & FORH Magazine. He will be pursuing a doctorate in the fall on the investigation as an artistic practice with Vincent Broqua at Paris 8 Vincennes-Saint Denis.