With 2018 winding down, it’s time to look back on the past year and all that has been accomplished. For Ohioana, 2018 was filled with many memorable and record breaking events. Read about them below, and check out our photo gallery of Ohioana’s 2018 In Review!

Spring
• Ohioana and the State Library of Ohio jointly presented an event to celebrate the 60th anniversary of National Library Week and the kickoff the 2018 Ohioana Book Festival. The highlight of the event was the announcement of the 2019-20 Choose to Read Ohio list of twenty books. Nearly a dozen current and past CTRO authors attended, along with State Representatives Laura Lanese and Jay Lawrence.
• For the second consecutive year, the nationally-distributed comic strip Crankshaft, written by Tom Batiuk and illustrated by Chuck Ayers, featured characters at the Ohioana Book Festival for an entire week.
• The 12th annual Ohioana Book Festival was presented at the Sheraton Columbus at Capitol Square on April 14. More than 120 Ohio authors participated, and our bookseller, The Book Loft of German Village, set a new festival sales record. Outreach and media activities helped the 2018 festival reach more than 50,000 people statewide.
• Thirty finalists were announced for the 2018 Ohioana Book Awards. The third annual Readers’ Choice Award was launched, inviting members and the general public to choose their favorite book among the finalists.
• Ohioana announced that the Columbus Metropolitan Library will be the new host venue for the Ohioana Book Festival, starting in 2019.

Summer
• Celeste Ng, Brian Alexander, Deanne Stillman, Ruth Awad, Sally Derby, and Tamara Bundy were announced as the juried winners of the 2018 Ohioana Book Awards. Tamara also was announced as the winner of the third Ohioana Readers’ Choice Award.
• Christopher Alexander Gellert of Cleveland was announced as the 2018 recipient of the Walter Rumsey Marvin Grant, awarded to an Ohio writer age 30 or younger who has not published a book.
• The Jerome Lawrence and Robert E. Lee Theater Research Institute at The Ohio State University, named in honor of the renowned and threetime Ohioana Award-winning playwrights, was profiled in the summer Ohioana Quarterly as our seventh “Ohio Literary Landmark.”
• Ohioana joined with more than twenty other organizations as a program partner for “I, Too, Sing America: The Harlem Renaissance at 100,” a centennial celebration of the historic literary and art movement.
• Governor Kasich appointed Brian M. Perera of Upper Arlington and re-appointed Carol Garner of Mount Vernon as members of the Ohioana Board of Trustees.

Autumn
• Ohioana Director David Weaver joined Two Dollar Radio HQ owner Erik Obenauf to talk about Columbus books and authors for WOSU’s “Columbus Neighborhoods,” hosted by Charlene Brown.
• The 77th annual Ohioana Awards were presented before a sellout crowd in the Ohio Statehouse Atrium on October 18. All the book award winners were present, while Marvin Grant winner Christopher Alexander Gellert appeared on video. Special guests included Ohio Poet Laureate Dave Lucas. The awards were streamed live by The Ohio Channel and can be viewed on their website: https:// www.ohiochannel.org/video/ohioanaawards-2018
• Ohioana held its 89th annual meeting at the Columbus Metropolitan Library. Ellen McDevitt-Stredney was elected as a new trustee, joining re-elected board members Gillian Berchowitz, Louise Musser, John
Sullivan, and Jacquelyn Vaughan. Daniel Shuey, John Sullivan, Bryan Loar, and Jay Yurkiw were elected as officers for 2019-21.
• The fall issue of the Ohioana Quarterly profiled the 2018 Ohioana Book Award winners and featured a story by Marvin Grant recipient Christopher Alexander Gellert. There was also a two-part feature on the “I, Too, Sing America: The Harlem Renaissance at 100” project, including an interview with Larry James and Ohioana Award-winning author Wil Haygood, and a profile of two Ohio authors who were part of the Harlem Renaissance, Langston Hughes and Chester Himes, featuring rare items from the Ohioana Collection.
• Ohioana announced that children’s picture book illustrator Tim Bowers of Mount Vernon will design the official poster for the 2019 Ohioana Book Festival.

We are confident that 2019, Ohioana’s 90th anniversary, will be just as good. Happy holidays, and see you next year! 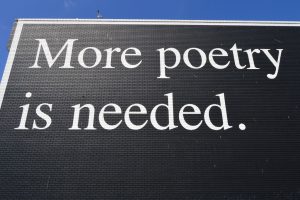